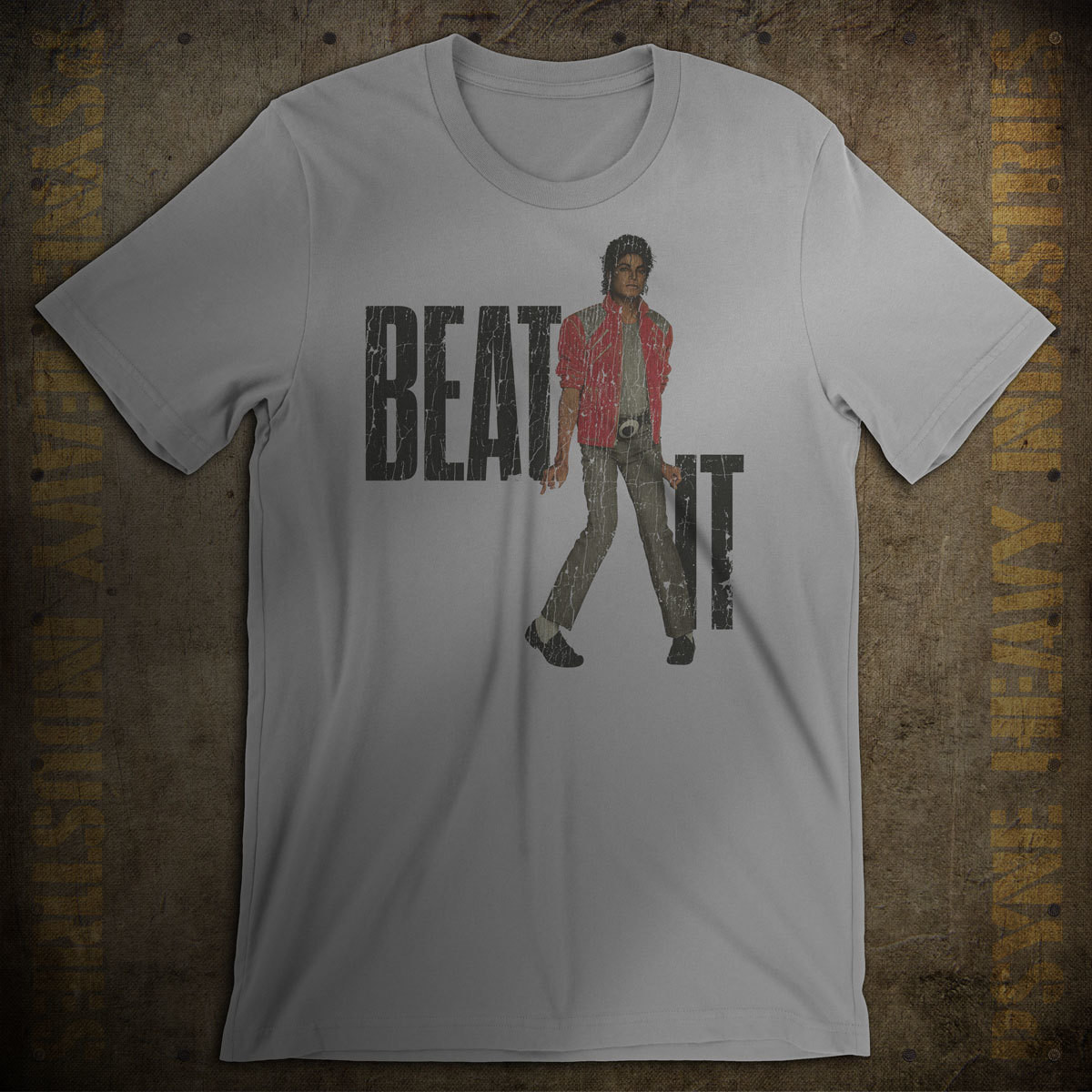 This design was THE shirt to have if you were a fan back in 1984. It introduced the world to the 'Michael Jackson Jacket' and was available on his tour as well as in record stores and other outlets selling pop t-shirts at the time."Beat It" is a song written and performed by American recording artist Michael Jackson from his sixth studio album, Thriller (1982). It was produced by Jackson and Quincy Jones. Following the successful Thriller singles "The Girl Is Mine" and "Billie Jean", "Beat It" was released on February 14, 1983 as the album's third single. The song is also notable for its music video, which features Jackson bringing two gangsters together through the power of music and dance, and for Eddie Van Halen's guitar solo. "Beat It" peaked at number one on the Billboard Hot 100 in the United States and received the 1984 Grammy Awards for Record of the Year and Best Male Rock Vocal Performance, as well as two American Music Awards. It was inducted into the Music Video Producers Hall of Fame. The single, along with its music video, helped propel Thriller into becoming the best-selling album of all time. The single was certified platinum in the United States in 1989. Rolling Stone placed "Beat It" on the 344th spot of its list of "The 500 Greatest Songs of All Time". The song was also ranked number 81 on Rolling Stone's "100 Greatest Guitar Songs of All Time". "Beat It" has been covered, parodied, and sampled by artists including Fall Out Boy, Fergie, and "Weird Al" Yankovic. The song was also featured in the National Highway Safety Commission's anti-drunk driving campaign.